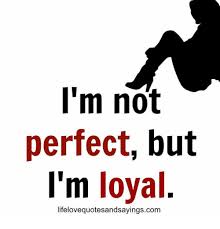 I don’t know my place in this world. It seems I never have. I give and give until there’s nothing left for me. Sometimes I feel my heart is working against me. Saying things like, “You have it so give it.” OR “Do it! You have the time. You have the ability to help them, him, or her. Don’t be selfish and mean!” These are things I tell myself every time I’m faced with a situation that everyone has neglected to do.

For as long as I have been able to do for myself, I’ve always done for others. I guess that’s just who I am. But there are those times I wish I could be selfish; you know think about me and only me. But… those thoughts quickly leave my mind; because I never want to disappoint someone who is counting on me. Many times it wouldn’t matter if I liked them or not. Regardless, I understand I have a responsibility and me not following through could cause discomfort to others. I never understood it, but disappointing others has always been a fear of mine. I know I as well as everyone who walks this earth isn’t perfect, but that doesn’t mean there isn’t something deep inside me pushing me to be so.

My health is shot to shit now because I worry about the well being of others over myself. From what I have read, I found out it’s an empath/ INFP/HSP thing. Many times I wish I could do things without thinking about how the next person is going to feel about it. But I guess that is just my burden to bare. I’m sure I’ll eventually figure out how to cope with this. I really need to find out quick, because I’m getting old. I already have grey hairs spreading across my hair line. I really don’t need this worry to give me any more.

I understand it’s a dog eat dog world, but just because it is doesn’t mean that everyone is that way. Many of us are gentle souls until we are introduced to that concept. I guess you could say that it’s a good thing to learn that early. But I feel it is cutting many adults and children of from a softer side of themselves; because they’ve always been taught to suck it up and stop crying. Granted, no one should be a cry baby. But people should feel free to express themselves and their emotions. I believe when child have the right to express their emotions, they grow up to be a well rounded adult.

Please don’t misunderstand. Expressing your emotions doesn’t mean children nor adults have the permission to go bulk wild. All it means is, they are able to be mad, cry, happy, angry and also verbally express what they’re feeling. Once you start telling a child it’s not okay to cry, they associate that with something negative. That’s one of the reasons I feel there are so many people walking this earth with broken hearts that need to be mended. All because they’ve learned to cut one or more emotions out. So in turn that means they’ve either learned to grieve in silence or not at all.

Empath- A person who’s able to feel emotions/energy on an intense level.

From what I’ve come to understand, empaths are strong. At times, I’m not going to lie, I hate my empathic ability. Reason being, it makes me vulnerable to other people’s emotions. It also doesn’t help that I’m an INFP. Meaning, I’m someone who place’s others feelings and wellbeing before my own. The over all picture of having this personality type may seem like it’s a good one to have, but it could also be seen as a burden. Burden because that means you won’t ever come first for you, because innately you’re wired to care for others before you’re able to care for yourself. I’m not sure if this behavior can be unlearned, but I at least need to get the order correct.

In reality, who is going to care more for you than you care for yourself? NO ONE! Maybe your mother or father, but that’s as far as that road goes, most of the time. So who better to be an advocate for you, than you? I’m not saying to be selfish, although sometimes it’s needed.

Don’t allow your energy to be sucked dry by ENERGY VAMPIRES; the people who’re seemingly going through something, but not really. Yeah, stay away from them. You can always tell who they are; they are those people who wake up negative emotion in you, seemingly for no good reason at all (regularly). The sad part of being around or interacting with someone like this; you feel completely depleted after you’ve encountered them.

Although INFP, HSP and Empaths are similar, they’re also different. So what that means is, no matter what personality type you are, you’re still capable of being an empath or Highly Sensitive Person. I just happen to be a Mediator/ Empath and HSP which go hand in hand.

Also if you would like to take a free quiz to find out what personality type you are, make sure to click the link below.

I know it’s been almost a week since I’ve posted. I can kind of blame the season for that. So many things to do and so little time to do them. But I hope all is well and you got what you wanted from who you wanted it from.

Now for the topic of the day; it’s something I’m sure a lot of you have probably gone through. I hope I’m wrong, but it turns out a lot of children go through a lot of unnecessary things. Just incase you might not be sure what I’m talking about; I’m talking about physical abuse, mental abuse, emotional abuse, and manipulation. The last one many people may not look at as such a bad thing; but it is. There is so much that you can get a person to do when their sense of self isn’t solid. When you’re an adult things are suppose to change; but if you never took the time to get to know yourself, how are they going too? There are so many things that happen to kids these days that screws them up before they have a chance to become adults; sexual abuse, bulling, stalking, being manipulated, the list goes on! So sometimes when a person comes out a little more screwed up then the rest of us, you can almost understand why they are the way they are. Then you have those children who grow up into adults, that were evil from the time they came out of the womb (What is that?!). That’s another topic for another time.

I wanted to talk about this because I have been through things in this life; probably not as much as some, but I have, just the same. For those of you who had someone in your life you couldn’t stand to be around but had too because you were a child, and had no choice in the matter; you know what I’m talking about. There are people I subject myself to even today because I still have that mentality, that I have no choice in who I interact with. I never noticed it until now.

Another thing I noticed I developed was, a people pleasing mentality; something I really want to loose. I can’t lie, it has made this life easier; but this isn’t the way I want to live out my life. I would rather be a strong solid person who doesn’t require validation from anyone. People who have that confidence and validation tend to live the lives they want. You know why? They don’t let other peoples actions or feelings lead the way they live their life.  That’s another reason I think my life hasn’t turned out the way I planned; I’m too empathetic when it comes to others feelings. Something I’m sure I developed while growing up.

If your story sounds anything like mine, that might be the reason for your emotional and mental turmoil. Some of us are going through things right now, and don’t realize how unnecessary our feelings are for that situation; reason being, it’s not our problem to bare.

Going through life as an introvert/ INFP/ HSP is not easy, because everything that other people feel or are going through you feel. That’s why for people like me I would never suggest working anywhere that has a high turn overrate or high volume of interacting with people; because what usually happens is their energy becomes your energy.

I have a feeling all of that is going to change this year. I’m going to work hard at making this life become the life I’ve desired; as you should. As long as you’re breathing it’s never too late to be who you want to be or live the way you desire. Everything is a matter of perception and hard work.