I wonder if people take the time to think? Most times it seems like people act without thinking. If more people tuned into what they know is right and stop doing things to get a rise out of people this world would be so much better than what it is . There are to many negative things that we give our time and energy to daily. Most times we don’t realize how often we are letting negative energy in, that’s the reason I stopped watching the News.  But it has come to the point of  receiving negative information at any given time. There are so many social media sites that promote negativity, and a lot of us don’t realize that we are the ‘ponds’ in the grand scheme of things. I’m not sure if you all have realized it yet but many times news and television is just a distraction. From what I’m not sure but it would seem that the big bosses of this country and others are working together to keep us “ASLEEP”. 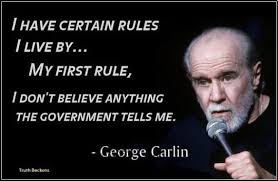 There have been so many things put in the media to stop us from finding out the truth and having the ability to live in harmony with our natural purpose. The reason for this is “mans” constant need to feel in control, in this case it is control of his own people, and it just isn’t the way that things should be. You see it everyday, law enforcement beating down people who are not protected by the same law that the men in blue are protected by. How about the large amount of black and Latina girls that are being prostituted and trafficked out of the country, and are not searched for with the same intense concern as let’s say a young rich privileged man or woman. Or how about the constant exploitation of the people of Africa. They have been constantly used as guinea pigs ( as I am sure that we have been here) for all types of testing for gynecological test, cures for viruses, diamond mining, and so on and so on.

The fact is that people of color have been the receivers of  misfortune for way to long. I really hope that we can get together someday in the near future and create a plan that has the potential to make us rise up and be recognized for the history that our skin carries; rather than being hated or misunderstood because of many false stereo types about the black man or the black woman. I get that there are stereo types about every race but the ones that seem the most toxic are the ones that are made about people of color.  I’m telling you when you start to look at things deeper than what is put in front of you and do your research these things will start to become unbearable. Quick example, the movie that came out recently Gods of Egypt. This movie was a really good movie the only thing about it was everyone that was a God was Caucasian except ‘Thoth’ played by  “Chadwick Boseman”. Which was the God of knowledge. For people who have done their research we know that the Gods of Egypt were not Caucasian.

It seems like the people of color are only depicted as by standers in history when ever something great happened.