Truth be told everyone is different from the next person in some form or fashion. Whether it be height, weight, hair color, shoe size doesn’t matter. Hell, identical twins are different. That is why I don’t understand why life and daily encounters for people of color have to be so unpleasant. I know that we are the most different in appearance but that doesn’t mean that we deserve to be looked at as less than or as thieves, killers or what ever else others may see us as.

I can’t name how many times I have been followed around in a store by an employee or fellow shopper because of my skin color. To be honest it makes me not want to shop at places I don’t see people who look like me. It’s harassment, but it’s next to impossible for a person of color to make something like that stick. I mean really, we all know that if there is a discrepancy between someone of a fairer compliction and a pigmented person that person of fairer skin has almost a 90% chance of coming out on top. Doesn’t matter that they were wrong. That is what has me disgusted with this world that we live in. 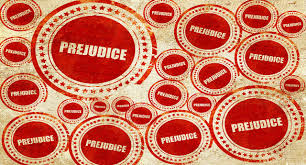 I’m sure that you have seen the countless amount of times that black men have either been arrested, shot, threatened, or killed. How could you not? It happens almost daily. It’s sad that parents of black little boys and girls have to teach their children how to be docile and obedient in hopes to make sure they make it home alive. I would say, “what is this world coming to?” but things have always been like this. The only reason that we are not still blind to the way this world works is simply do to another chief calling the shots. I know many other people would have wanted to keep a democrat in office. I was one of those people who thought voting democrat would make a difference. I now realize that everything happens for a reason. At first I was against having our current president in office. I still am, but I have begun to look at his presidency in a different way. I believe by having our current president in office it will force us as the minority to look more to each other and to stand on our own two feet. I know that it has always been harder for people of color to be successful with out the help of other nationalities. That is why I believe so many of us date outside of our race (acceptance ). I understand that may not always be the case but sometimes it is. One thing we need to learn is, to except ourselves for who we are and take pride in that.

Doesnt matter how educated you become, how much you make or like them you try to be. Some of them will only see an animal when they look at you. Just know that other groups of people would not be able to come to you and disrespect you and other people like you if you had pride in your self. A lot of us don’t know how to obtain that pride. It’s simple, pick up a book and read about your people. The more you read about how great your ancestors where the more pride you will begin to have and the more you will want to do with your life. Once you know you came from greatness and that your ancestors beginning was not derived from only slavery it gives you a sense of pride and purpose. Lead with purpose and let prejudice fall to the waste side.

I am someone that takes prejudice and wrong doing very seriously. Through this blog I hope to enlighten and teach others how to treat and live among each other with out our differences getting in the way. View all posts by Shadrieka